Testimonials and comments from our clients

To send a testimonial use our contact us page

I am writing to thank you for your help regarding Milo's recovery after an unusually complex set of circumstances following total hip replacement. I am amazed at how well he is doing, his muscle mass and tone have fully recovered and his gait is fantastic. This is due in no small part to your excellent rehab work. I will have no hesitation in using your services again. ANDY TORRINGTON
TORRINGTON'S ORTHPAEDICS

We brought Buster our 8 yr old Shih Tsu to Aquavets due to his bad arthritis he had become very quiet, overweight and was only walking a few yards each walk. Following ten swimming and three physio sessions, we have a happy, slim and energetic dog again. Instead of thinking we were losing him shortly we are now looking forward to a long future with our very loved family member. Thank you to Abbey Vets for referring us. Marion Davis Marion Davis

hi to all of you at aquavets .Thank you so much for your kind words with reguards leo our very lively lab. he will be missed by us all .He was so lovable to everybody he met in his life . we are finding it very hard to adjust to life without him. thank you again for all the fun he had in your care . love janet,john,emily,julia x Janet Phillips

Blue as been going to Aquavet for a long time now because he loves going. Blue started at Aquavet when he was referred by a specialist, Blue had three things wrong with him lower spine, hip and cruciate ligament. We were told this could save him having surgery and yes it worked, he is doing very well since his treadmill treatment gets around like a pup (he will be 8 next month) so now he goes because he loves it and its maintenance for him.

We thank LISA, AARON her son and the rest of the staff. when Blue gets there he walks straight in to the treadmill sits down and waits for the water to fill, he just loves going. So thanks all at Aquavet you do a great job. Blue says see you in two weeks LISA woof woof. Keep the good work up

If you need more information about how we can help with your Dog, please get in touch. We welcome a 'phone call and are more than happy to answer your questions. You can also email us or download an information pack. 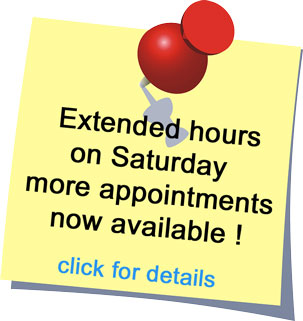 Buy 5 shampoos and get the 6th one FREE. 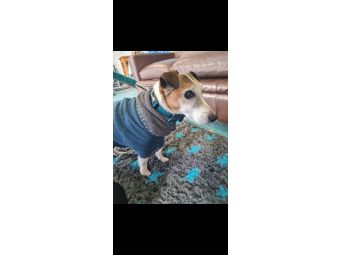 SWIMMER OF THE MONTH